The word “parasite” might have a negative meaning – but not when it comes to architecture and design. Parasitic architecture is a major trend these days. It is an adaptable, transient and exploitive form of architecture; it forges relationships with host buildings and the surrounding environment. Be it a temporary structure or a solid but flexible “alien” construction, blending into the existing landscape – it transforms the bigger world around itself according to its own purpose.

Here are a few examples of what ‘parasite architecture’ might mean in terms of design and social projects.

“Fallen Star”  by Do Ho Suh explores that feeling of displacement and the notion of “home.”  When  first proposed “Fallen Star” to UC San Diego’s Stuart Collection, he “never thought it would be realized.” But these days his project is open for visitors. The house sits atop Jacobs Hall, fully furnished, with its garden growing

paraSITE by MICHAEL RAKOWITZ is a custom built inflatable shelter that attaches to the exterior outtake vents of a building’s heating and Air Conditioning system. It was distributed to over 30 homeless people in Boston and Cambridge, MA and New York City. 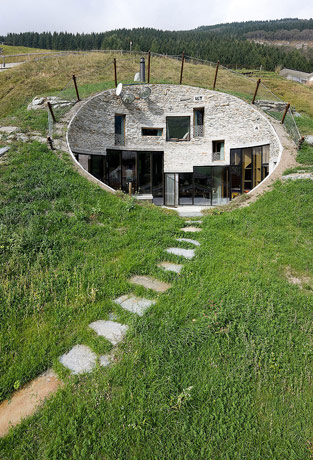 Villa Vals was built directly into the hillside in Vals, Switzerland. The design is by Christian Muller Architects and SeARCH. 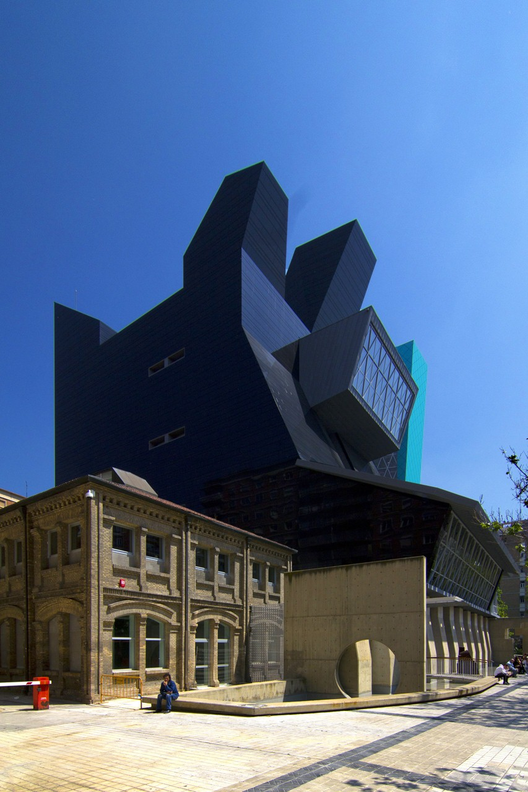 Pablo Serrano Museum / José Manuel Pérez Latorre: the parasitic expansion tripled the size of the original structure of the museum. Parasites are entering the furnishing design as well – one great example is this grotesque yet quite practical chair, “Viminibidi” by Giulia Cavazzani.