The best offices of the world

The best offices of our time might show the most vivid example of contemporary design: they mix the functional with stylish, the latest technology — with the cozy atmosphere. They turn the corporate spirit and the company image into a new form of storytelling. And become places which can not only be admired from an aesthetic point of view but simply… make us jealous. Let’ take a tour through the most interesting working spaces of the world. 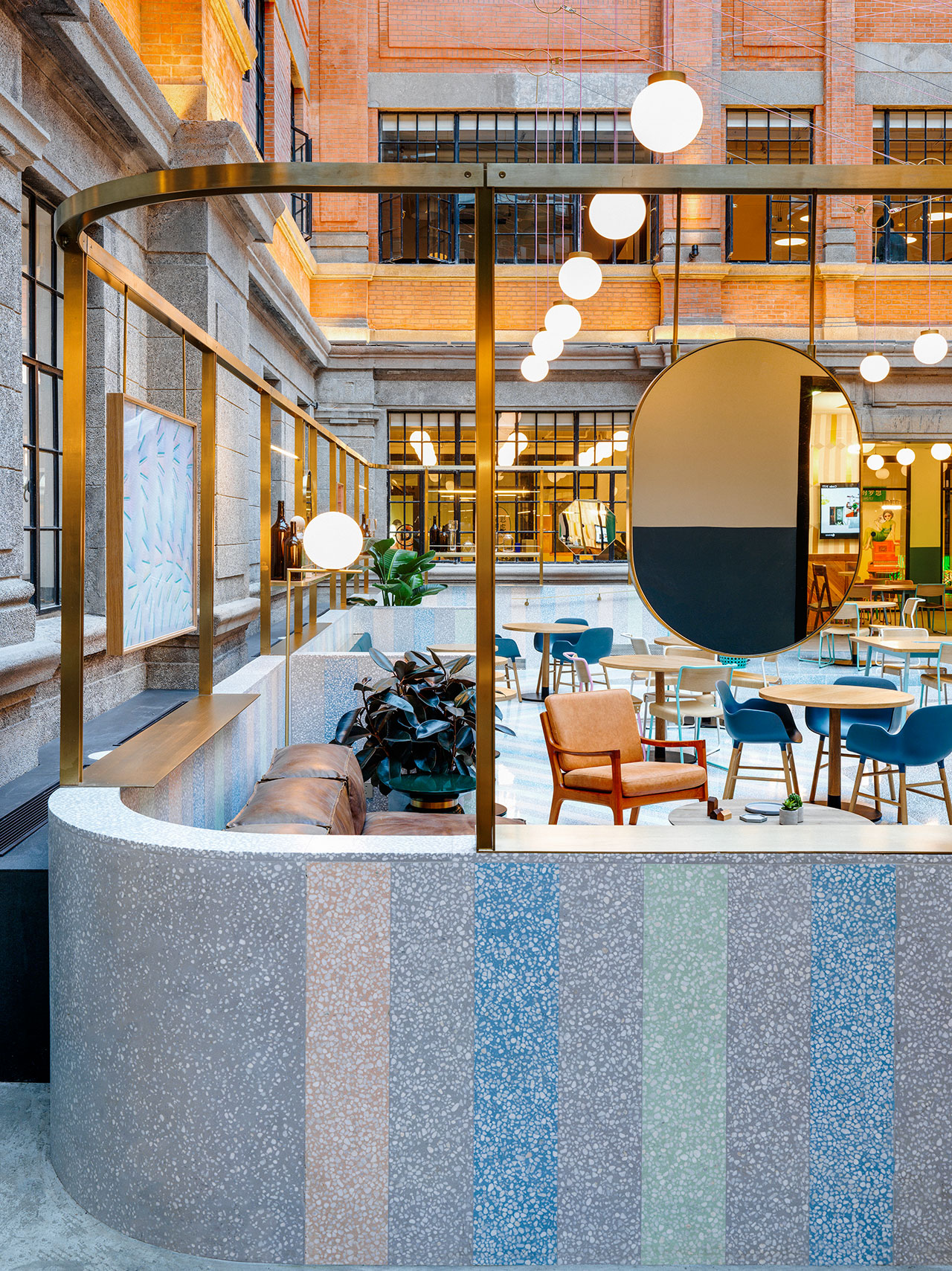 Etsy‘s new office might feature one of the most impressive designs — not only judging by the looks but also considering the needs of the employees. New headquarters in the Dumbo neighborhood of Brooklyn would be filled with toxin-free paint, salvaged wood, and furnishings purchased from Etsy sellers. The employees’ preferences and needs were all considered when planning this office. The Dropbox Headquarters designed by Rapt Studio is an office space with its philosophy. It features the library, Inspired by 1970s Italian theater; the Deep Focus room, flanked by Dr. Strangelove-inspired war rooms for handling crises and… the Karaoke Bar — Inspired by the Dropbox’s startup days, with a happy hour every Friday.

The flagship location of the shared community office space WeWork in Weihai Lu, Shanghai was designed by Linehouse. Completed in 2016, the five thousand five hundred square meters space was originally an opium factory and later — an artist’s residence. It is located in an old residential district in the center of the city, has once again been transformed. With its’ attention to details and colors space projects the comfortable atmosphere with a hint of irony. 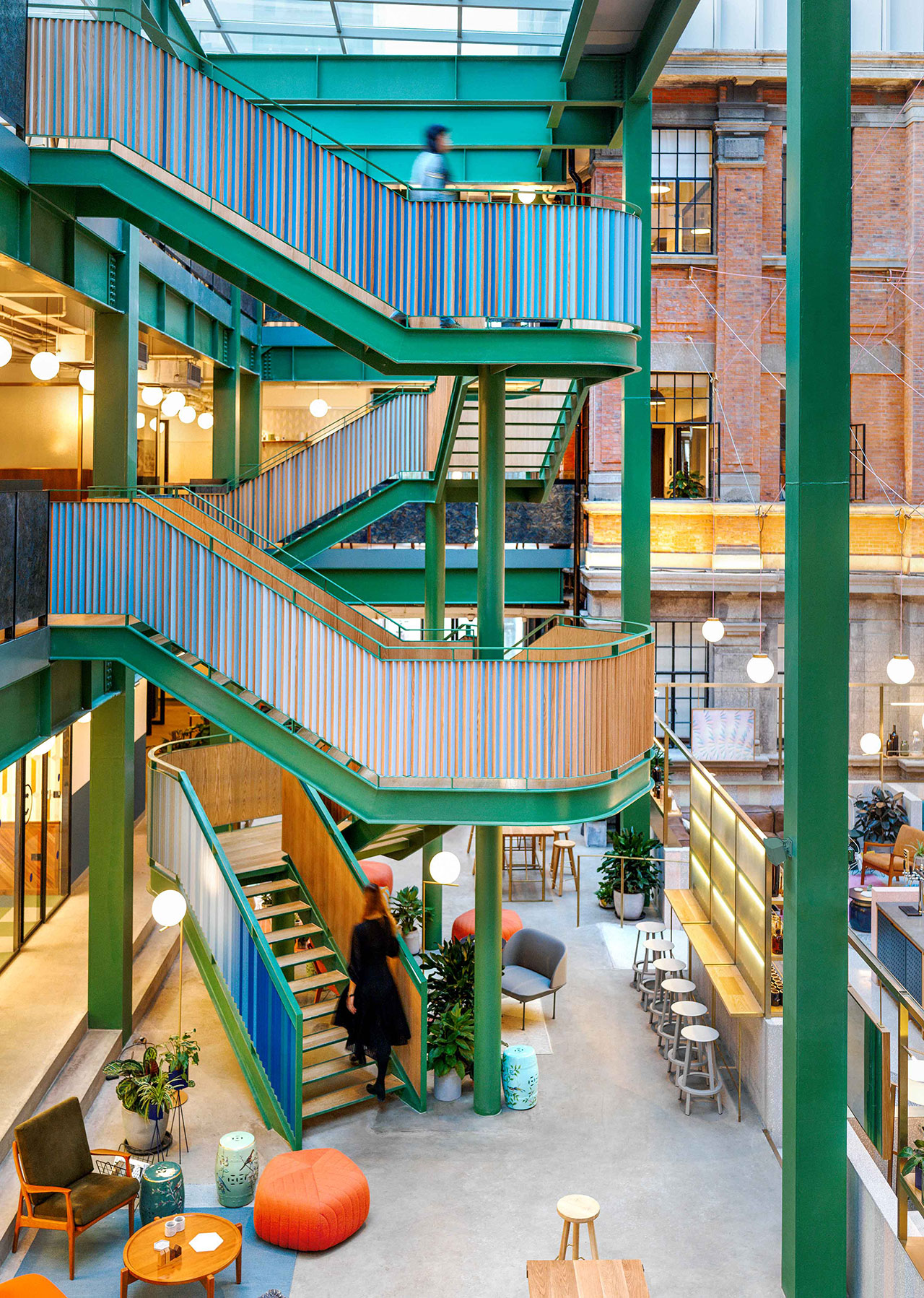 Selgas Cano Architecture Office is a dream office built in Madrid, Spain 10 years ago already. But still, this working space surrounded by woods keeps haunting the minds of designers. Partly transparent tunnel-like structure is constructed with a hinged opening at one end of the building, allowing varying degrees of natural ventilation. It might look like a greenhouse a little, but it is certainly a remarkable one. 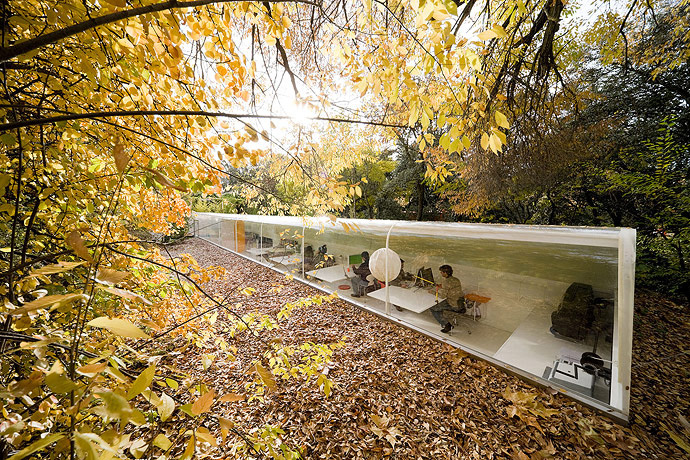 (via Archdaily)
Uber ATG Center in Pittsburgh is as hi-tech and democratic, as the idea behind the car service itself. Built by Assembly Design, the office was inspired by Pittsburgh itself: with its’ bridges and steel constructions. The wall in the open area was made of steel and laser-cut to depict a map of Pittsburgh. 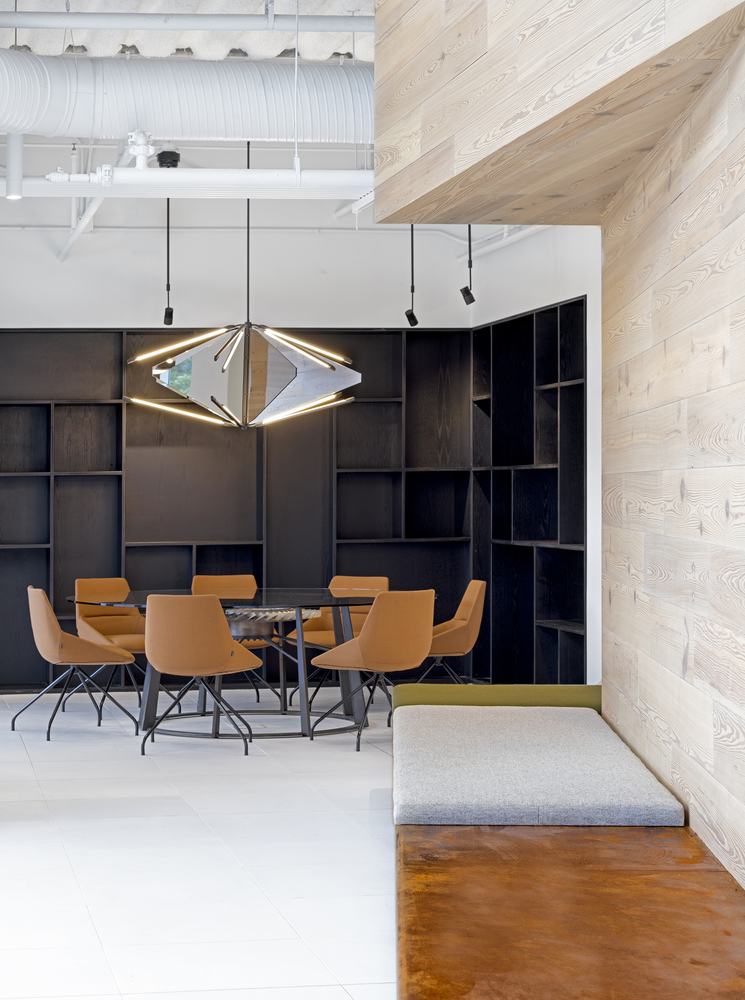 A + I used ‘yin-yang’ design — mixing black and white surfaces for the head office for website building service Squarespace in New York. Yet, with all the leather couches, coffee tables, bookcases and trees, the employees feel comfortable even in this sleek minimal space. Google’s office in Dublin although built 4 years ago, still boasts the ‘epic’ standard of what the working space of the future should look like. Designed by Camenzind Evolution, the campus has been structured to resemble the a bustling city environment — but the map of this city is ‘interactive’. The Floor Themes include: ‘SEARCH’, ‘APPINESS’, ‘BE GREEN’, ‘@HOME’, ‘CREATE’, ‘ORGANIZE’, ‘INNOVATE’. The distinctive characters of each floor theme is reflected through its’ main area and also — through different materials, colors and shapes.